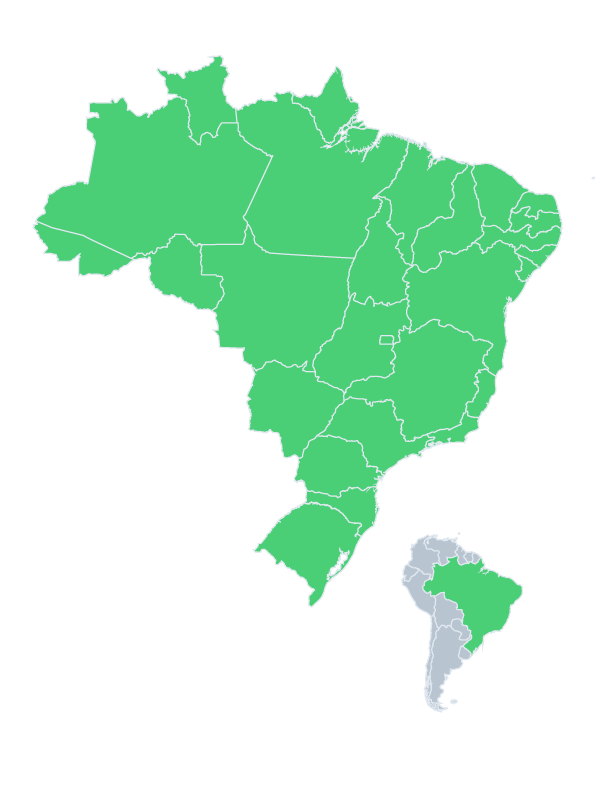 Manaus is the capital of Brazil’s largest state, Amazonas, and is located in the Northwest of the country. It is an ideal starting point when visiting the rest of the Amazon region. Tour boats leave Manaus to see the Meeting of the Waters, where the black waters of the Negro River meet the white waters of the Solimões River, flowing side by side without mixing for several miles. Visitors can also explore riverbanks and streams, swim and canoe in placid lakes or simply walk in the lush forest.