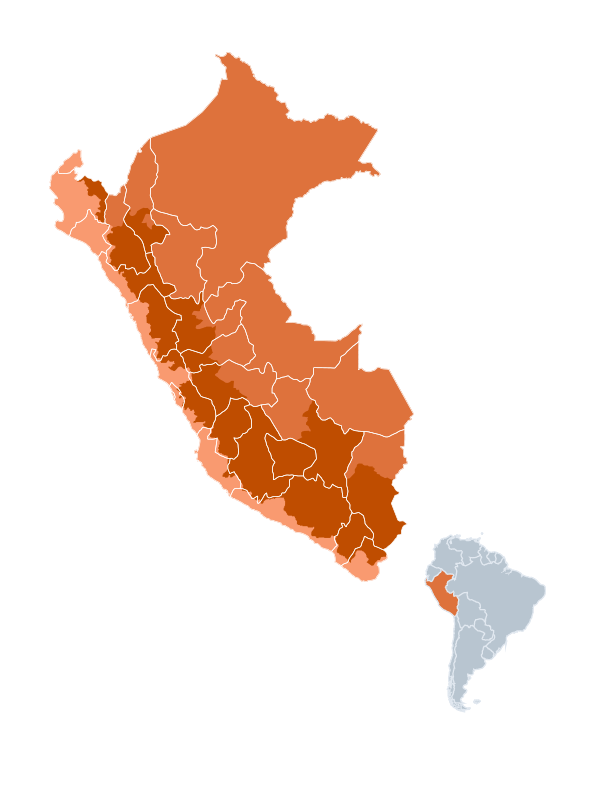 Location: Peru is the third biggest country of Latin America (surface approximately 1,3 km2) – it is situated in the Northwest, south of the equator. The country borders on Ecuador and Colombia in the North, on Brazil and Bolivia in the East, on Chile in the South and on the Pacific Ocean in the West.

Population: Approximately 29,8 million, half of the population still consists of Indígenas, speaking Quechua or Aymara, approx. 37% are mestizos and approx. 13% whites.

Politics & Economy: The country is governed by a presidential democracy. Peru is an agrarian country and 50 % of the active population works in the agrarian or forestry sector or lives from fishing. Tourism is an important foreign-exchange earner of the Peruvian political economy and is sponsored emphatically by the government.

Climate: On the coast it hardly rains and from January to March the sky is always blue. From May to November you often have the typical "garúa", a dense fog covering the sky. A temperate rather cool mountain climate is dominating in the Andes, where we have the dry season from May to November.